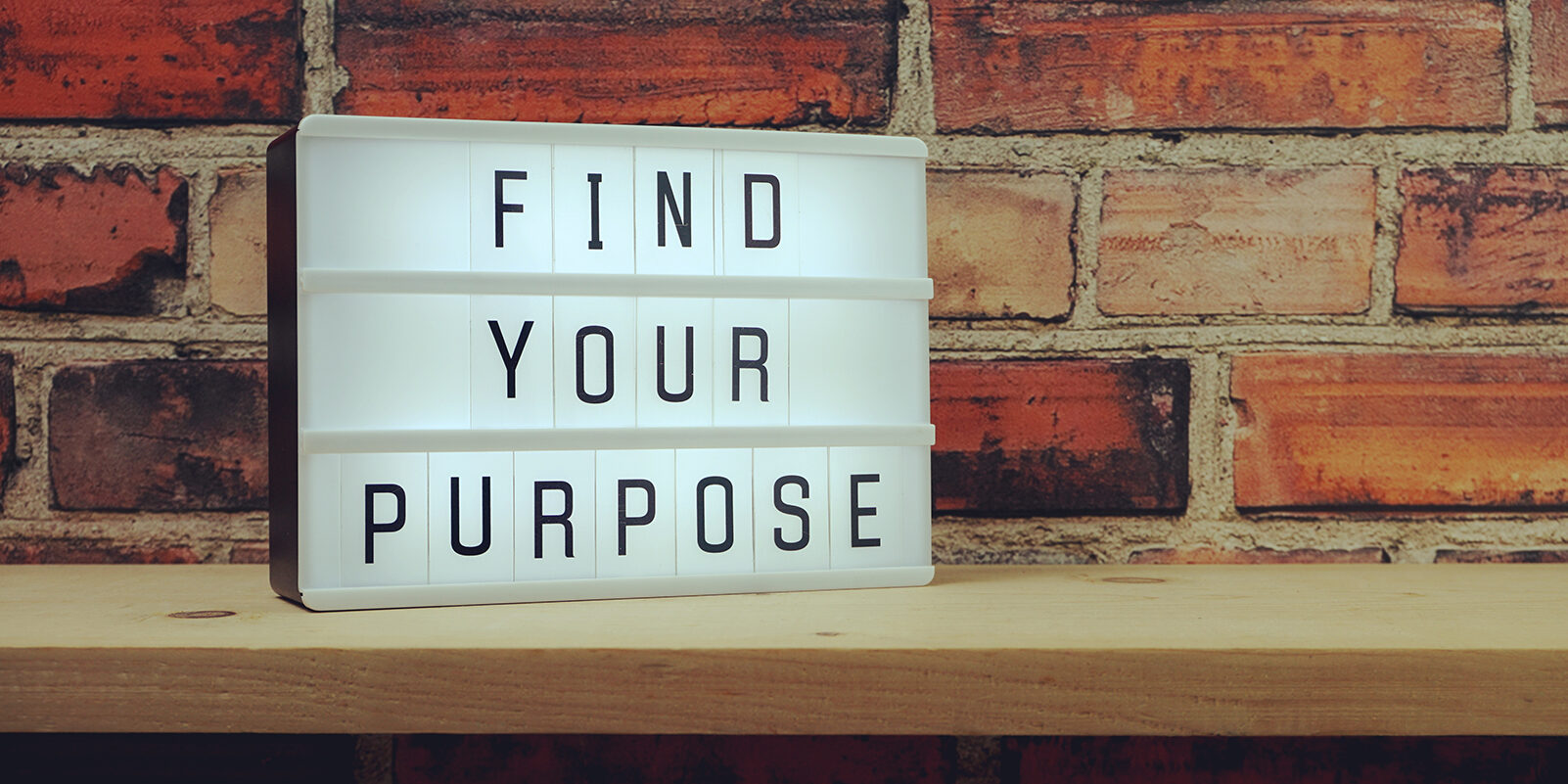 If you ‘re looking for business performance, you better start looking for a deeper meaning, too. This, in a nutshell, is what it boils down to when referring to purpose in the corporate world. CROSSMEDIA Managing Director Georg Tiemann has been thinking about the extent to which media agencies actually pursue a real purpose. The result leaves him scratching his head.

Purpose is a rather cerebral – some would even say esoteric – approach. I often hear that when discussing the topic with my peers. Actually, though, the complete opposite appears to be the case: Back in 2016, the Korn Ferry Institute found that companies that have a clear purpose at the heart of their business perform better across all dimensions than companies that refuse to embrace it.

The reasons? When they know their “Reason Why”, employees are more motivated, more productive and more innovative in the long term. What is more, internal cooperation as well as cooperation with partners improves, and reputation as an attractive employer also increases. All of the above result in significantly improved business results and – wait for it! – a growth spurt that’s up to four times faster than average! 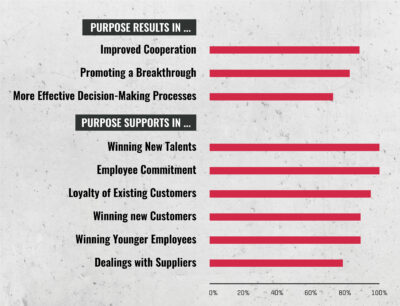 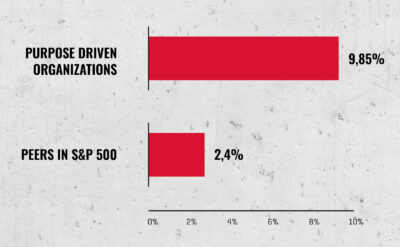 To put it straight: If you want performance, it appears you will have a hard(er) time to achieve it without a purpose. And another thing: Scientists have found out that the happiness factor determines success – and ot vice versa, as erroneously assumed. Happy employees = positive company results. It’s as simple as that. 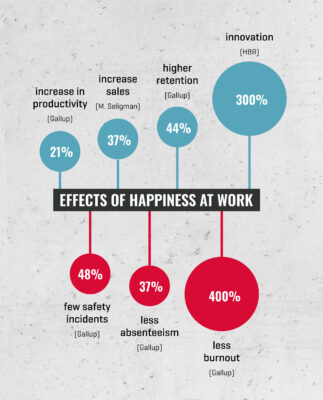 Do media agencies need a purpose?

Thus, organizations that pay attention to a clear purpose are more likely to succeed, even when their products and services are comparable. Which brings me to my own industry: media agencies. How are we looking when it comes to purpose? I’m talking about a market in which the primary service tends to vary too little between agencies, and where success greatly depends on the people involved. Could having a purpose possibly tip the scales?

Any company that is largely dependent on people for its value creation would do well to ask itself what motivates people – both today and in the future – to deliver more than the good standard. Thus, for a media agency, formulating a sense of purpose should be a key concern. Also, looking at this from a different angle: Wouldn’t you think that clients have a vested interest in their agency creating value outside of small prices?

Corrupted for all time

However, if you look at media agencies in the hope that they will provide deeper meaning, you’ll encounter little more than truisms from most agencies. Worse yet, for many objective observers, a system collapse is pre-programmed, since work ethic and quality standards seem to have been irreparably damaged. It would appear that our market has been corrupted for all time.

This article could end here, and we could all return to business as usual, having resigned ourselves to this situation. Simply continue with business as usual, pressing on regardless. After all, somehow everything is still going quite well.

Nevertheless, I remain convinced that there is a way out of the purpose trap. Change is possible – if you are willing to dedicate yourself diligently and consistently to three key topics:

Only those who have a neutral business model can really consult clients. If satisfying the own interests stands in the way of objective advice, these areas should either be relentlessly separated from one another, or the focus should be on one area. There is nothing wrong with media agencies acting like marketers, but then this should be stated honestly and presented transparently. Measuring all agencies by the same yardstick is neither sensible, nor will it lead anywhere. In the healthcare sector, there are also good reasons why doctors should not be pharmacists. Someone who is supposed to make an objective diagnosis cannot be allowed to earn their money by selling the medicine.

Can the agency’s business policy be communicated to each individual employee? Do media agencies act sustainably? In most cases, the answer to this question is a clear no. There are media agencies that have been generating profit margins in excess of 30% for years, only to see their holding company reflexively cut jobs in a weakening economy and find itself confronted with a freeze on salaries and new hires. Dentsu, Omnicom and Publicis are the most recent examples.

Now the question might arise: Is this problematic? I’d say, yes, it is. Especially in the very moment that a company wants to be attractive on the job market. And that would probably apply to every media agency. Not only do employees want a clearly-regulated job, they also want to identify with their employer in a new way, which is exactly what puts companies operating this way in a bind. Sustainability, responsibility, humanity – when choosing an employer, these values are playing an increasingly important role. Which brings us to the next point.

A manager of an advertising-financed medium once confessed to me, quite bluntly, that he was not pursuing a journalistic mission with his company. Rather, the advertising blocks were merely wrapped in such a way that they could achieve the corresponding reach and be marketed. At the time, still long before the beginning of the purpose debate, his statement really shocked me. After all, his employer at the time had a market share of more than 30%. Today, this same manager has switched to the media agency camp. I fear he has retained his pragmatic view of business.

Media agencies are part of our media ecosystem, and the value chain they are part of works bidirectionally: Media agencies direct advertising investments to where they work most effectively. There are countless studies testifying to the fact that quality and attention to the medium make advertising more effective than average. Don’t media agencies then have a vested interest in maintaining the widest possible variety of deep quality media? Instead, they are increasingly, and on a large scale, directing the advertising dollars to a place where they can buy performance and satisfy deals as efficiently as possible. Or even worse – make the best cut for themselves. The whole thing is a veritable vicious cycle: Profit expectations are drivers for discount greed, and non-transparency drives influence on media decisions and media diversity.

Is it all just utopia?

Media agencies could be purpose-oriented if they only wanted to be. However, the path to this goal would mean far-reaching changes for many a player, which would be tantamount to utopia. Despite this, though, I would like to imagine this future:
Media agencies positioning themselves in such a way that, firstly, they put the success of their clients before their own success, advise them neutrally and receive appropriate, transparent remuneration for this. Secondly, they give their employees a purpose that really motivates them beyond all conceivable bonus models. And thirdly, they take on responsibility that not only affects their direct business success, but also means that they stand up for diversity, quality, and relevance on the media side. 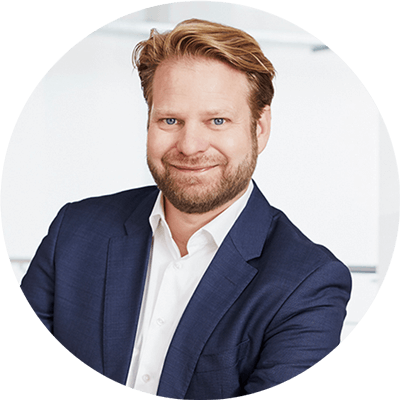 Georg can confidently be described as a wanderer between the worlds. He was already passionate about media and creation working hand in hand when both were still trying to avoid each other as much as possible. Georg is blessed with the typical “Rhineland happy soul” and attaches a great deal of importance to interdisciplinary cooperation. His courage to find new solutions has in recent years particularly benefited our Hamburg office which he set up in 2006.

Georg joined CROSSMEDIA as early as 2000. You will find him wherever new horizons need to be explored. At the moment, he is passionately building CROSSMEDIA’s B2B offering.

For Georg, #XMVoice means ”personal initiative and self-motivation. Only when you truly apply yourself to a topic can you properly understand, change and shape it.”